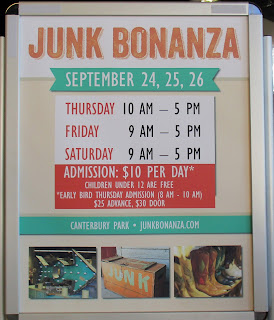 Junk Bonanza
I've just returned home to Florida from my sister Ki's Fall Junk Bonanza in Minnesota. Great times were had with plentiful vintage shopping, yummy eats and hanging out with friends.  Click on the link above to learn more about this fun event.

History of the Bonanza

The Bonanza has its roots in the simple act of cleaning out a junk-stuffed garage.

And the resounding success of Ki Nassauer’s epic garage cleansing prompted her to found JUNKMARKET. The monthly sale in Long Lake, Minn., became “the” place shoppers could count on finding vintage treasures and Ki’s special, repurposed junk creations . Which led her to wonder: Wouldn’t it be fun to direct the energy it took to produce the monthly sales toward one annual blowout extravaganza? Thus, in 2006, the Bonanza was born!
The Bonanza has since expanded, showcasing biannual Fall and Spring shows at Canterbury Park, south of Minneapolis, and has added new venues near Portland, Ore., and San Diego, Calif. Each event is a special shopping experience for those who thrill to the hunt.
Attendees can browse spectacular displays of exceptional and wonderfully priced vintage and antique wares from hand-picked vendors. No reproductions allowed! The Bonanza is a powerful junking and networking experience, and offers special activities, giveaways, prizes and more to extend the fun. 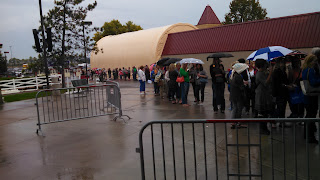 With a slight drizzle of rain, the 1000+ Early Bird Ticket holders started lining up at 6:30am for the Fall 2015 Junk Bonanza. With the doors opening up at 8:00am for Early Birds only, they were guaranteed two hours of crowd free shopping and first dibs on unique vintage goods. 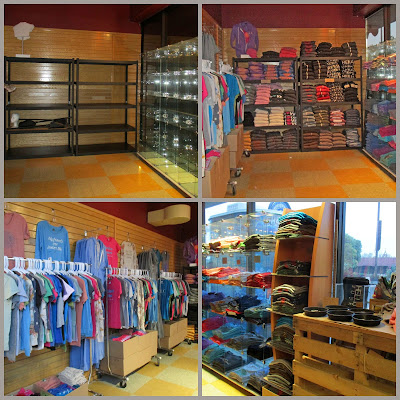 The Ki Nassauer Shop, where I worked, started with empty shelves that soon became  filled with "Junk themed" T-Shirts, Sweatshirts and Accessories. With specials of $10. T-Shirts and $28. Sweatshirts the sales were brisk. 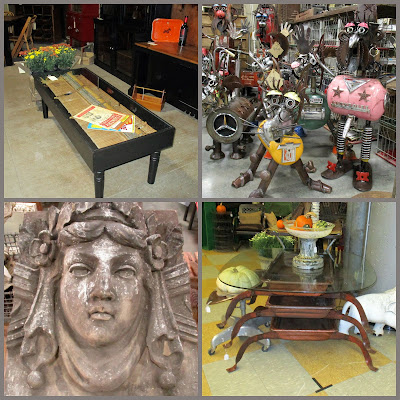 With creative vendors and unique repurposing, special one of a kind purchases were guaranteed. A piano coffee table, animal statues created from metal parts, a glass top coffee table made from farming equipment and a large heavy concrete face salvaged from a Times Square 1915 building in Manhattan N.Y. were just a few of the unique items that could be purchased. 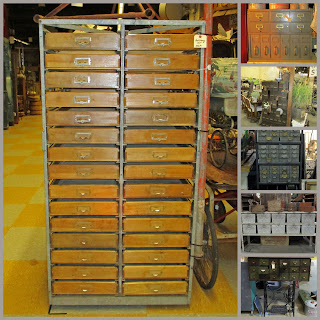 This year my eye was drawn to the industrial storage pieces. With plenty to choose from in all different shapes and sizes, I had a hard time making a decision on what piece should go home with me.... 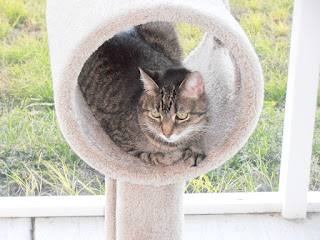 Oliver getting some outdoor time on the porch.
We adopted Oliver, the cat, at the age of one from the Michigan Humane Society in Auburn Hills on 01/18/98. His evaluation form read: Very active, very readily purrs likes to be petted, affectionate, wonderful cat!! He was a beautiful tabby weighing almost 9lbs. We fell in love with him and took him home to meet the three large dogs that currently resided there.
Oliver, showing no fear only interest, promptly examined all three dogs while they examined him. With his interest satisfied he was declared the leader of the pack and casually walked away. We all lived harmoniously for the next ten years in the MI house with two of the dogs passing over to the rainbow bridge during that time. 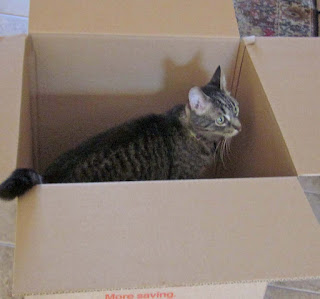 Oliver and our last big dog Brooke made the move to our new house in FL. when husband Gail retired. Oliver settled into the new house quickly. Sadly Brooke  passed over to the rainbow bridge three years after the move to FL. Now at the age of 10 Oliver was slowing down a bit, so we decided to adopt a small dog to keep him company. He again showed no fear only interest and promptly examined the new member to our family, Mia an eight pound Toy Fox Terrier. Five years went quickly by with Mia passing over to the Rainbow Bridge. Oliver was now 15 and sleeping more than he was playing.
﻿ 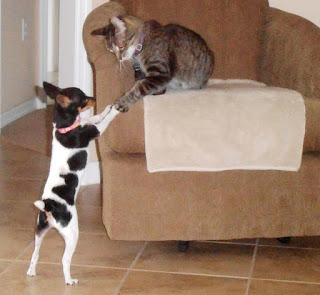 Boating and gulf waters were on our minds so we sold the house and moved farther south to Cape Coral FL. Oliver made the move with no problems and liked going out on the large screened in Lanai in our new house where he could explore and soak up the warm sunshine. Once we settled in we adopted two small dogs and Oliver showed no fear only interest and prominently examined these two new members to the family. Once again he was declared leader of the dogs. Three years past and Oliver was really starting to show his age of 18. The dogs kept watch over him as he slept most of the day. His weight kept falling even though he ate, his joints were tired and his spirit was dying. 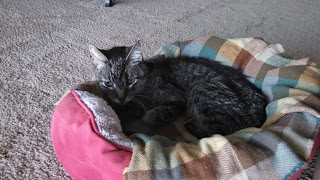 We visited the vet to seek help but knew in our hearts that his time had come to pass over to the rainbow bridge. With tears in our eyes we let him pass. May you rest in peace Oliver… 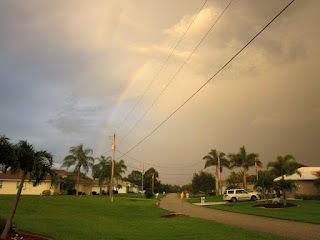 We love you Oliver....
Karla, Gail, Daisy and Ezzy 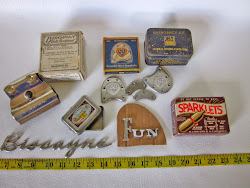 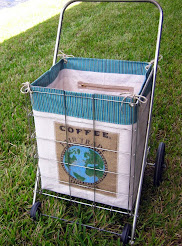 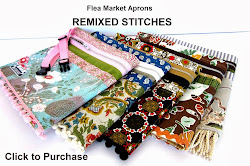 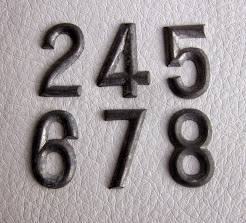 Karla
Cape Coral, Florida, United States
I'm a wife, mother, sister and friend who got a late start into vintage junking and blogging. Words that best describe me are honest, happy, organized, budget minded, and practical. My mind is in constant motion gathering new ideas for my next sewing or redecorating project. My DBH (dearly beloved husband) has realized and accepted the fact that we will never run out of projects to be done around the house. 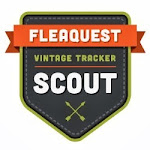